To share your memory on the wall of John O\'Brien, sign in using one of the following options:

We encourage you to share your most beloved memories of John here, so that the family and other loved ones can always see it. You can upload cherished photographs, or share your favorite stories, and can even comment on those shared by others.

Posted Oct 19, 2020 at 08:08am
I hardly know what to say. I am very sorry for your loss. John was my dad's best friend. (What a pair they were.) As I kid, I loved seeing "Johnny O." coming down the driveway. He was so kind and fun to listen to as he talked about the projects he was working on or his latest find. Goodness, what a lot of nice memories of a such a wonderful man.
Comment Share
Share via:
DZ

Posted Oct 15, 2020 at 08:00pm
Peggy and family. I just want to extend my deepest sympathy to all of you. John was a good friend of my dad from way back in the 1950's. When I came along dad would take me with him to visit John. I always looked forward to those visits. The first old car that I remember John working on was a 1928 Buick. So many memories of the Hershey swap meet, dad even took me with him and John hunting arrowheads. He was just the kind of person you enjoyed being around.

Posted Oct 15, 2020 at 01:37pm
I love you Daddy and miss you sooo much. Thank you for being such an AMAZING father and grandfather to myself and the boys. Until we meet again, love you to the moon and back!!!!
Comment Share
Share via:
TH

Posted Oct 15, 2020 at 01:26pm
Peggy, Soni and Family, We are so sorry for your loss. John was such an amazing man!!! ~ I remember all the fun times at baseball games and at bonfires at Sonis house! ~ Always joking and making people laugh! ~ He just had that light about him that made you feel so comfortable to be around. He will truly be missed. Sending all our love to each and everyone of you. All our love ~ Dave, Tammy, Colby & Dallas....... We love you all
Comment Share
Share via: 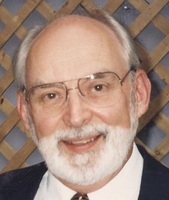