To share your memory on the wall of Harry Partner, sign in using one of the following options:

The family suggests that contributions in Harry’s memory be made to Central Penna. Humane Society, Altoona.
Read Less

Consider providing a gift of comfort for the family of Harry Partner by sending flowers.

We encourage you to share your most beloved memories of Harry here, so that the family and other loved ones can always see it. You can upload cherished photographs, or share your favorite stories, and can even comment on those shared by others.

Posted Jun 11, 2021 at 09:35pm
Dear Joan,
It's Kate Isenberg, I always will remember my favorite boss from C-Cor, Harry always treated me with respect when we worked together at or when ever I saw you or him, he always gave me a hug and wished me the best. I considered him a very special friend and you also, I'm going to miss my friend so much, if there is ever anything I can do for you, please let me know. Harry had my email and not sure if he still had my ph# but just look me up on facebook , I'm always here for you. Love always, Kate Isenberg
Comment Share
Share via:
EI 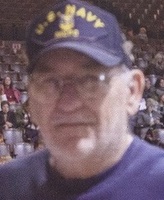